ZORK DORK! TPK Edition (ArtSpunk Corp.): It's all about killing PCs and rolling up new ones illustrated by emotionally unstable kindergarten kids.

The Orange Fleshpots of Poon Tang (Bitter Expat Publications): The game by the guy who wished he never took out 100K in student loans for an East Asian studies major.

Delta: The Freedumb Variant (AntiVa Inc.): The free science-fantasy roleplaying game of death in a global plague because you were too stupid to get a vaccine. Do your own research, own the sheeple and die gasping for breath.

The Red Hack in Spaaace! (Jizzkids): Let's face it, it's just another OD&D clone but in space and with the cool Hack moniker.

Amazon Satanists from Mars (Spahn Ranch Games): another B/X clone but with casual misogyny and an unusual obsession with ass.

The Porcelain Throne (Tenfoot Pole,LLC): the epic game of reading and reviewing other rpgs while sitting on the toilet.

Philotomy's NADDS (Not a D&D Supplement)(Crusty Old Fuckers Ltd.): Strong suggestions (but not rules) on how to play the world's first FRP.

The Klan of the Spoodling Nutsack (The Finnish Ministry of Taxation): Hopefully the last cash-grab from Saggy Jim XIV and the Hash House Hessians.

Mincer (Broke Ass Baker, Inc.): the incredibly basic game of mincing about in a fairytale land of wonder and giant eyebrows. Special second edition featuring a brand new inn, a ship and more.

Backward! Into the Dungeon (Pipehitter Productions). A completely unique rehash of other people's ideas by the man who saved D&D.

Ghoulashed (The National Council of Amateur Arts of Budapest) - a Hungarian mashup of various European stereotypes and simple homebrew rules for football hooligan LARPing (banned in Belgrade and on Discord).

Das Bookenspiel (Tottenkoffee llc): Some German shit none of us understand.

The Ur-Tomes of Arneson (Archaeologist in My Own Mind Games): A badly scanned and incomplete collection of 50 year-old mimeographs discovered under a Wisconsin mobile home down by the river.

The Shadow over Knottsmouth (Garney Life Games): A brand new setting of extra-dimensional incestuous horror based on HP Lovecraft and The Incredible Mr. Limpet.

Fighting Fontasm (Kern Games): Roleplay as a font and escape the wrath of fanboys, bloggers, copyright lawyers, counterfeiters, censors, zealots, and apostates as you seek to convey the greatest amount of information possible in the fewest revisions.

The Mammory Tubes: Hobby Hole Plungin (Franco-Phonies of the North): Loosely (but not really) based on the long lost memories of two hard-tokin stockboys at a now-shuttered Lake Geneva model train supply shop. Now available after over a decade of pissing about on Facebook and with 50% bonus typographical errors from Droll Bored Games.

Old and Unessential (Leprous Lawntoad): Yet another motherfucking B/X clone distinguished only by a harsh insistence on only one idea per page and/or a hamfisted donated piece of sketch art.

Slayin' Alive (Disco Dicks #2): Yet another pointless disco-themed module nobody needs or wants.

Anthony said…
I'm thinking you are the creator of the non-hex map of Minaria posted elsewhere online. Would like permission to use it; can you e-mail me? Thanks - Tony
August 17, 2021 at 9:56 PM 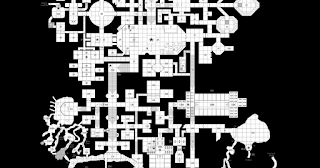 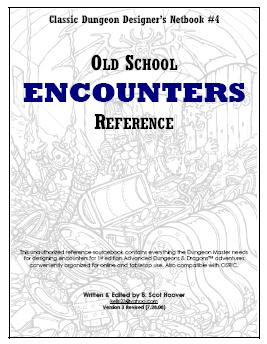